Additional Resources for you to Explore
Max Fleischer, creator of the Betty Boop and Popeye cartoons, was the first to patent the process of rotoscoping in 1917: http://tinyurl.com/nrkf7tn His brother Dave dressed up in a clown suit and was rotoscoped to create the character of Koko the Clown, one of the earliest cartoon stars of the Fleischers’ Out of the Inkwell series: http://archive.org/details/Fleischer_The_Tantalizing_Fly_1919 Rotoscoping was used by Walt Disney’s animators in Snow White and the Seven Dwarfs (1937), and was extensively employed in later productions, primarily as a means of motion analysis. Other notable rotoscoped works from animation history: Princess Iron Fan (Tien Shan Gong Zhu - 1941) was China’s first animated feature film: https://www.youtube.com/watch?v=ISFzfLM_Yt4 The Tale of the Fisherman and the Goldfish (Skazka o rybake i rybke - 1950) is one of many Russian animated films from this time period to extensively use rotoscoping; the technique was considered in keeping with the documentary ethos of state-decreed Socialist Realism during the Soviet years:www.youtube.com/watch?v=KG0RiHT74yk American animation director Ralph Bakshi used rotoscoping in several animated feature films produced in the 1970’s and 1980’s, including Lord of the Rings (1978) and (American Pop (1981): http://www.youtube.com/watch?v=6-UCLiQ5EdQ In 1997, animator and software developer Bob Sabiston created Rotoshop, the digital rotoscoping software later used in the Richard Linklater films Waking Life (2001) & A Scanner Darkly (2006). Snack and Drink (1999) was his first short film created with the software: http://tinyurl.com/l3ou3dz Contemporary filmmaker/animator/painter Jeff Scher creates rotoscoped films using a variety of mixed media and source footage. See his 1992 film Milk of Amnesia here: http://www.youtube.com/watch?v=59o6xtcM28U
To learn more about the composer for this TED-Ed Lesson, visit the Facebook page here: Bronzelephant. 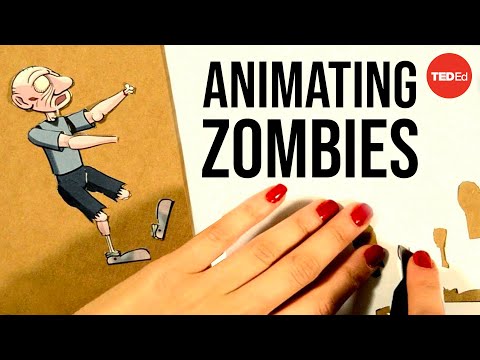