How to spot a pyramid scheme - Stacie Bosley

In 2004, a nutrition company offered a life-changing opportunity to earn a full-time income for part-time work. There were only two steps to get started: purchase a $500 kit and recruit two more members. By 2013, the company was making $200 million. There was just one problem -- the vast majority of members earned less than they paid in. Stacie Bosley explains what a pyramid scheme is and how to spot one.

Additional Resources for you to Explore
Whether presented as a multilevel marketing (MLM) business opportunity, a gifting club, or in some other form, all pyramid scheme offers are built on a pay-and-recruit structure that dooms the vast majority of participants to financial loss. Those who walk away with profit simply syphon that profit from the losers, as the scheme functions – by design – as a money transfer system. As consumer harm is both inevitable and widespread in pyramid scheme fraud, governments around the world have attempted to prevent and punish this type of fraudulent behavior.

To this end, the U.S. Federal Trade Commission has sought to clarify the murky line between legal multilevel marketing (MLM) and fraudulent activity. FTC staff provided guidance in 2018 that highlights two central concerns of the Commission, concerns also voiced by regulatory authorities around the world: pyramid scheme activity and misleading claims. According to this guidance, MLM firms must “pay compensation that is based on actual sales to real customers, rather than based on mere wholesale purchases or other payments by its participants.” In other words, participants should be paid and trained to primarily sell a product or service, not to recruit additional participants or to encourage purchases by those participants.

Even if the MLM has a legal compensation structure and properly rewards its distributors (i.e., primarily for genuine retail sales), the organization and its promoters may inappropriately represent the income opportunity to potential recruits. The nonprofit group Truth in Advertising has created a database of hundreds of income claims made by MLM firms, largely within social media channels or online testimonials. Recent U.S. enforcement actions against Vemma Nutrition, Herbalife International, and Fortune Hi-Tech Marketing speak directly to these issues. In each of these cases, the government was concerned with the firm’s emphasis on recruitment-based rewards and misleading income representations. The lesson for consumers: make your decision carefully with a cool head, understanding that some MLM firms will have improper compensation plans – they may ultimately be judged to be pyramid schemes – and promoters may not accurately represent the income potential.

Beyond the MLM world, pyramid schemes can also be promoted as channels for generosity, harmless entertainment, or empowerment. These clubs (e.g., the Airplane Game or Secret Sister Exchange) have no product or service for sale, only a simple, fraudulent recipe: give, recruit, and receive. The stakes may be cash, wine, books, or presents but the pay-and-recruit structure always leads to collapse and heavy loss rates, as the fundamental flaw of pyramid scheme fraud is always at work. While more research is needed, participation in such schemes may be connected to high levels of trust or impulsivity and a lack of understanding of the offer and its legality.

While there is a dearth of research on this subject, the AARP Foundation surveyed consumers regarding multilevel marketing experiences, including motivations for joining or leaving, self-reported profit and the degree to which they felt informed or deceived during the recruitment process. Beyond the research realm, discussions of pyramid scheme fraud and multilevel marketing have entered the cultural and media realm. The Dream, a multi-episode podcast, addresses multilevel marketing and pyramid schemes in the past and present, and features a discussion of a gifting club in its first episode, diving into the motivations and misperceptions of those involved. Comedian John Oliver, on HBO’s Last Week Tonight, has explored the intersection of MLMs and pyramid scheme fraud. Betting on Zero, a documentary film, recounts the investment world drama that surrounded the FTC’s investigation of Herbalife International.

Check out the educator's article in the Journal of Behavioral and Experimental Economics here.

In the end, if you remember anything I hope it is this: if the offer asks you to pay and recruit, reject and report! Remember, pyramid schemes require recruitment within networks so they can’t catch fire if we know how to detect and reject. 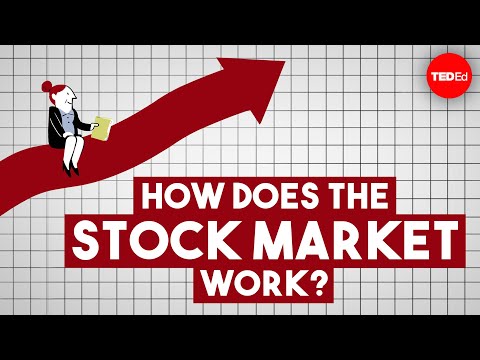 How does the stock market work?