Why do we itch? - Emma Bryce

The average person experiences dozens of individual itches each day. We’ve all experienced the annoyance of an inconvenient itch — but have you ever pondered why we itch in the first place? Is there actually an evolutionary purpose to the itch, or is it simply there to annoy us? Emma Bryce digs deep into the skin to find out.

Additional Resources for you to Explore
We all know what it feels like, but what does it mean to itch? While researchers are still trying to uncover the exact causes of this sensation and how it arises, sources like the Mayo Clinic and the U.S. National Library of Medicine can give you all the basics about itching—also known as ‘pruritis’. The causes of an itch can be wide-ranging—and you can read up more on the role of dryness, disease, and allergies, as well as bug bites, skin conditions, infections, and even pregnancy in causing these sensations on our skin.

Itch signals in our bodies are actually associated with pain. This has led to some intriguing discoveries—although researchers are very keen to make the distinction that itching is not just a ‘low level’ form pain as once believed, but its own, unique sensation. In fact, researchers have in recent years discovered that the itching sensation arises from its own distinct pathway between the nerves and the spinal chord, which you can read more about in this article.

But why must we all endure it? Does itching have a point? From what scientists can tell, the itch is evolution’s very creative answer to the threat of venomous bites and poisonous plants—which might be why it feels so good to scratch: it’s a motivation for us to be extra-diligent about warding off any potential external threats with our fingernails. But too much scratching is never a good thing: in fact, itching can have very detrimental side effects.

For some people, the itching sensation is almost constantly present, and so bad, that their responsive scratching causes bodily harm. For instance, onchocerciasis is a parasitic disease caused by a worm that can trigger nearly-constant itching and result in skin infections. Delusional parasitosis is one example of a very troubling psychological disorder that results in the constant sensation of insects crawling across one’s skin. The neuropathic itch is another problem that typically occurs after someone has had an amputation—an example of the brain’s power to convince us of things that aren’t real.

If you want to learn more about these issues, why not delve into this fascinating article all about the itch. Finally, if you’re interested, take a look at Dante’s Inferno, the very lengthy, centuries-old poem that features the enigmatic itch.

TED-Ed
Lesson Creator
New York, NY
How successful do you think itching is as an evolutionary mechanism? Do you think some people wou...
25 Responses
View discussion
upvote+2

The science of falling in love 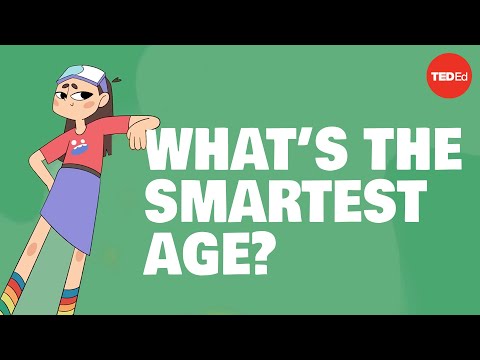 How friendship affects your brain