What causes seizures, and how can we treat them? - Christopher E. Gaw

Nearly 3,000 years ago, a Babylonian tablet described a curious illness called “miqtu” that caused symptoms ranging from facial twitching to full body convulsions. Today we know miqtu as seizures, and modern medicine has developed numerous treatments for those experiencing them. So what causes seizures, and is there any way to stop them from happening? Christopher E. Gaw investigates.

Additional Resources for you to Explore
Seizures have been described by many early societies across the world. As we learned earlier, the Babylonians described seizures by the term ‘miqtu,’ or falling sickness. Other cultures developed their own terms for the condition. Early Ayurvedic teachings from India called it ‘apasmara,’ or loss of consciousness—a disease thought to be related to the bodily humors. The Chinese described it as ‘xian ‘hs’ien,’ or convulsion and thought that a rebalancing of Yin and Yan was needed. Each society had developed their own term for seizures because the condition is relatively common. Today, seizures affect over fifty million people globally and is considered one of the most common neurologic diseases. In the United States, it is estimated that about 1 in 10 people may have at least one seizure in their life.

Although all seizures are related to excess electrical activity in the brain, seizures can be quite different from one another. Some people lose consciousness and become limp, while others develop repetitive movements, such as lip-smacking or hand-rubbing. Perhaps the most well-known form of seizure is the ‘grand mal’ seizure, where the whole body stiffens and shakes. Even the onset of a seizure varies from person to person; some experience an unusual sensation or feeling called an aura before a seizure begins while others begin seizing without any warning at all. Seizures can be caused by a variety of medical conditions including electrolyte abnormalities, head trauma, toxins, infections, or genetic mutations. Sometimes the cause of a person’s seizures is unknown. For people who have recurrent seizures, they may be diagnosed with epilepsy, or a seizure disorder.

We highlighted in the lesson a couple of key advances in neuroscience that improved our understanding of seizures. As with most scientific discoveries, there were many other scientists and physicians who helped improve our understanding of seizures and epilepsy over the centuries. Over time, medicine has used this knowledge to develop a wide array of treatment options for individuals with seizures. We highlighted medications, known as anti-epileptic drugs, and neurosurgery in our lesson. Seizure medications can be quite complex—for those interested, you can learn more about them here. Other treatments for seizures include vagal nerve stimulators and special diets, such as the ketogenic diet. Check out this video for those interested in a higher-level overview of the pathophysiology, symptoms, and treatments for seizures.

Throughout history, people with seizures have faced prejudice and discrimination. From the Middle Ages through the Enlightenment, it was thought that seizures were contagious, and people with seizures were ostracized. In the United States, up through the mid-20th century, some states had laws forbidding people with epilepsy to marry. Others found it difficult to find jobs because it was thought that responsibility and stress would cause them to have seizures. These misconceptions are not true. Recognizing and debunking common seizure myths is important to help destigmatize this common condition.

TED-Ed
Lesson Creator
New York, NY
Do you know someone who has seizures or epilepsy? If so, how has the condition affected their lif...

Why do we have hair in such random places?

Can you be awake and asleep at the same time? 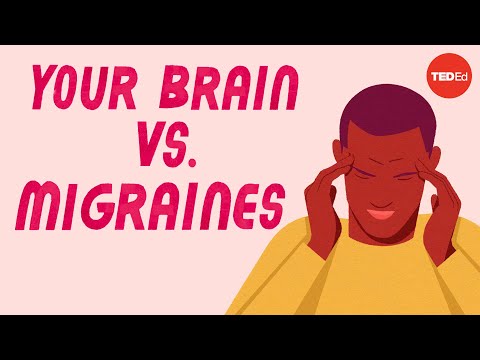