One is one...or is it? - Christopher Danielson

One bag of apples, one apple, one slice of apple -- which of these is one unit? Explore the basic unit of math (explained by a trip to the grocery store!) and discover the many meanings of one.

Additional Resources for you to Explore
The speaker suggests that language is an important part of understanding numbers when he questions whether we should say one dozen eggs is or one dozen eggs are.
There are many interesting relationships between numbers and language that we do not necessarily notice. Discuss or research some of the following questions:
The English words fourteen, fifteen, etc. come from the phrases four and ten, five and ten, etc. These are the reverse of the number word patterns for larger numbers, where the tens are mentioned first, then the ones, as in twenty-four. But the words eleven and twelve don’t seem to reference the number ten at all. Where did these words come from?
When we read the number 305 aloud in English, we say “three hundred five”. Why does the three before the hundred mean multiply by three but the five afterwards means add five? What seems to be the rule for when to multiply the numbers in our English number words and when to add? Does the rule you identify always apply, or does it have exceptions?
In English number language, groups of ten are important. The number words are irregular up to 20, but then a strong pattern takes hold. Describe this pattern.
Not all languages follow the same pattern. In particular French, Japanese and Nepali have some very different patterns from the ones that hold in English. Talk to native speakers of these languages, or read about their number language patterns in books or on the web to identify ways in which each is different from English.
Our base-10 number system depends on making groups of 10, and on partitioning into 10 equal-sized pieces. But it does not have to be this way. The Babylonian society developed a number system based on groups of 60. The Mayans developed a number system based on groups of 20.
At first glance, the Mayan number system appears to be based on groups of 5. Read about the Mayan number system and decide whether you think groups of 5 or of 20 are more important in the system.

Can you solve the dragon jousting riddle? 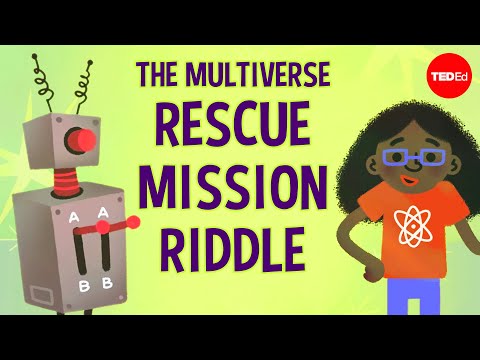 Can you solve the multiverse rescue mission riddle?