Gráinne, princess of Tara and bride-to-be, was furious. She had thought she was betrothed to a young soldier, bold and brilliant enough to be her equal. Yet it soon became clear she was expected to marry Fionn, a warrior far past his prime. Not willing to suffer this insult, Gráinne decided that before the wedding she would exact her revenge. Iseult Gillespie shares the Irish myth of Fionn's fury.

Additional Resources for you to Explore
The love of Diarmuid and Gráinne, and Fionn MacCumhaill’s tireless pursuit of them, is one of the most tragic love stories in Irish mythology. You can find a long, traditional telling of the myth here.

This myth is from the Fenian cycle of Irish mythology, which mainly concerns Fionn and the Fianna’s adventures. You can learn more about this cycle and the characters’ backstories here. These tales would have been performed through song from the Middle Ages on, as this page explains.

For most of the Fenian cycle, Fionn is a clever and kindly hero. His access to the Salmon of Knowledge as a youth grants him endless wisdom, while his bravery allows him to win many battles alongside the Fianna. You read about his childhood adventures here.

But in the tale of Diarmuid and Gráinne, Fionn has become a bitter old man, unable to let go of the woman that was promised to him and unwilling to forgive one of his most loyal warriors. Although Diarmuid and Gráinne lead a long life together, their love is ultimately doomed by Fionn’s resentment.

TED-Ed
Lesson Creator
New York, NY
What do you make of Fionn’s behavior in this story? Why do you think he acted the way he did towa...

The myth of Pegasus and the chimera

The myth of Zeus' test 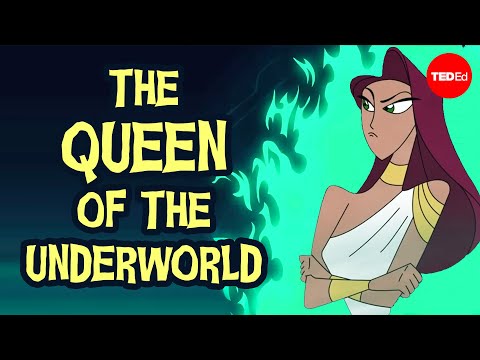