How memories form and how we lose them - Catharine Young

Think back to a really vivid memory. Got it? Now try to remember what you had for lunch three weeks ago. That second memory probably isn’t as strong—but why not? Why do we remember some things, and not others? And why do memories eventually fade? Catharine Young gives the basics on memory and memory loss.

Additional Resources for you to Explore
Memory: It isn’t just something, it's everything. And although scientists have pursued and puzzled over it for centuries, a definitive explanation of the actual memory process still eludes us--partly because our brain is so incredibly complex (it is made up of approximately 90 billion cells after all!).

Let’s take a look at the basic neuroanatomy elements, which makes memory possible. Brain cells, called neurons are the core component of the nervous system and have the remarkable ability to communicate with each other and transfer information. They are able to accomplish through a process called synaptic transmission. Neurons release specialized proteins called neurotransmitters that travel through the space connecting each other together called synapses, and bind to specific proteins called receptors. In regards to memory, the more often neurons communicate with each other, the stronger the connection between them becomes. This process, called long-term potentiation, is thought to be the foundation of memory storage.

In order for new memory formation to occur, information needs to undergo certain processes. The first is called encoding, a process used to change information into a usable form. Second, memory is stored for later use and finally the retrieval process allows stored memories to be brought back into our awareness.

Memory can go through several different stages before it stored long-term. The first stage is called sensory memory, the shortest element of memory (up to ½ a second). Due to the vast amount of sensory information (sight, hearing, smell, taste and touch) our brain is constantly flooded with, we attend to only certain aspects of this sensory memory, filtering out most of the information. Therefore, only select information is passed into the next stage - short-term memory. This is the information we are currently thinking about and is stored for approximately 10 to 30 seconds.

While many of our short-term memories are quickly forgotten, making a conscious effort to retain this information allows it to continue on the next stage--long-term memory. Other helpful techniques include repetition, patterns and imagery, using mnemonic devices and chunking. Information stored in long-term memory is largely outside of our awareness, but can be called back into working memory when needed. It can also be further divided by type including: declarative & procedural; episodic & semantic; and retrospective and prospective.

What parts of the brain are involved in these different types of memories? Find out here.

While memory fascinates our culture, the loss of it causes even greater fascination (and anxiety), in part, because we ALL experience it. For example, how many times have you been late for something because you can’t remember where you left your keys? Or how many times has someone's name suddenly eluded you? Because memory loss can be very concerning–it’s important to understand the underlying factors causing or contributing to it, especially if it becomes severe. Read more about additional causes of memory loss (besides those mentioned in the lesson), including: Alzheimer’s Disease, Stroke and certain types of Medication.

The good news is that no matter what your age, it’s never too late to take steps to prevent memory loss. A healthy lifestyle and good habits can reduce can only help to preserve and improve your memory. Find out some additional ways to give your brain a work out (for example, learning a new language) to help keep your memory sharp.

TED-Ed
Lesson Creator
New York, NY
We face memory thieves everyday – what is one that affects you and how is it robbing your memory?
71 Responses
View discussion
upvote+2

A brief history of antidepressants

Why some people find exercise harder than others - Emily Balcetis 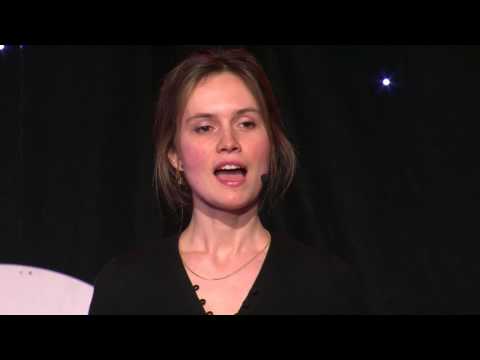