The modern hard drive is an object that can likely hold more information than your local library. But how does it store so much information in such a small space? Kanawat Senanan details the generations of engineers, material scientists, and quantum physicists who influenced the creation of this incredibly powerful and precise tool.

Additional Resources for you to Explore
Hard drives are data storage devices with a long history, beginning with IBM’s RAMAC in 1956. Unlike other electronic devices these days, hard drives are mechanical devices with moving parts. See what’s inside a modern hard drive.

Data is written onto the disk along a circular track very much like the grooves on an old-fashioned vinyl record, except that on a hard disk there are no physical grooves to guide the head. Controlling the head to fly over the correct data track and precisely follow it can be quite a challenge. The drive must also tolerate any shocks and vibrations that might nudge the head off-track. Information to help guide the servo (the motor that controls the position of the head) must be interspersed with the other data on the disk. Learn more about tracks, zones and servos here.

How is it possible to keep the head flying so close to the surface of the disk? Hard drives use a slider, a body of material that contains the head. The slider has a specially designed air-bearing surface that forces pressurized air underneath. Modern hard drives use Thermal Fly Control to fine tune the head/disk clearance and bring the head closer to the disk. Watch this video to learn how hard drive mechanisms work!

Tribology is the study of interacting surfaces in relative motion. It involves studying of friction, wear, and lubricants. Occasional contact between head and disk can occur, and without protection, a minor scratch can escalate into catastrophic failure. To prevent wear or head crashing, the disk is coated with few atoms-thick layer of low friction, super strong diamond-like carbon and a thin layer of lubricant.

The majority of today's recording media is a Cobalt-based alloy. On a macro scale, the magnetic film on the disk is described by the hysteresis loop, which illustrates two characteristics. First is remanence magnetization, which tells us how well the bits stay on the media disk after being written, and how much signal it produces for the read sensor to pick up. Second is coercivity, which is the magnetic field required from the writer to erase previously written data and usually is linked to the stability of the data against demagnetization.

Spintronics is a field of study that explores a quantum property of electrons called 'spin' and its associated magnetic moment. In 1988, two scientists, Albert Fret and Peter Grunberg, observed that a very thin non-magnetic conductor sandwiched between two ferromagnetic layers changes its resistance depending on whether the magnetization of the two outer layers is parallel or perpendicular. The discovery led to the invention of the giant magnetoresistance (GMR) read sensor for hard drives in 1997.

Despite its digital nature, hard drive operations are based on analog signals. The read-back signal from the read sensor is weak, noisy and unreliable, and needs sophisticated electronics to convert it back into 0 and 1 bit. As bits are written closer together, the read back signal becomes weaker and more distorted by what's called Inter-Symbol-Interference (ISI). The drive decoding electronics has advanced from a simple ‘peak detection’ circuit to Partial-Response Maximum Likelihood, With PRML, engineers can cram in 20-30% more bits of data using the same hardware.

Error-correcting code, together with other data recording schemes can improve the bit error rate to be less than one in 1014 bits, which is virtually unnoticeable by the user. Traditionally, hard drives use Reed-Solomon code for error correction, but in recent years, Low-Density Parity Check (LDPC) code has become the standard in hard drive error correction.

How long does the data you store in a hard drive last? Short answer: 10 years. Long answer: You'd be surprised to know that the bits slowly decay on the disk, and without refreshing or re-writing, they will eventually be lost. Modern hard drive suffers from what's called superparamagnetism, which happens when magnetic grains on the disk are smaller than 10 nm in diameter. As a result, the hard drive industry established that the media must be designed with magnetic properties that can withstand the data decay for 10 years.

Heat Assisted Magnetic Recording (HAMR) is the prime candidate to push the limit even further by changing the disk material from a Cobalt alloy to a high coercivity Iron-Platinum alloy, resulting in more resistance to thermal decay with smaller grain size. However, the alloy has such high coercivity that conventional writers are no longer capable of producing a magnetic field strong enough to write any data. Learn more about the Near-Field Transducer, the optical device that is the crucial part of HAMR and the challenges of HAMR drives integration.

How does heart transplant surgery work? 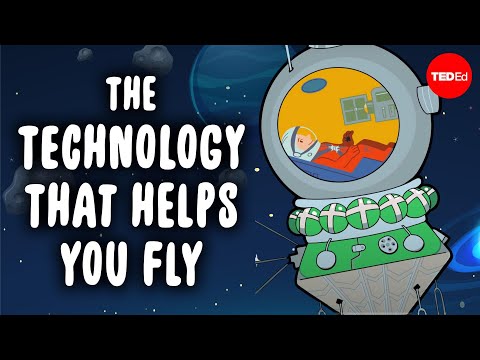 How do jetpacks work? And why don't we all have them?