The term modern art sounds like it means art that is popular now, but the style actually originated over 150 years ago and includes artists like Picasso, Matisse, and Gauguin. What’s more ironic is that this movement they pioneered – considered revolutionary at the time – was inspired largely by objects of traditional and ancient design. Felipe Galindo details ancient influences on modern art.

Additional Resources for you to Explore
In the 19th century, Modern Art broke away with traditional art schools and began a revolution in art. Make sure to read about the Impressionism movement which was already departing from conventional art in the 1870s and 1880s.

To get a sense of the direction art was taking at that time, go see the work of pivotal artists like the Dutch Vincent Van Gogh and the French Paul Gaugin and Henri Matisse. They were instrumental in paving the road for Modern Art to emerge.

Early in the 20th century, the Trocadero Ethnographic Museum in Paris played a major role influencing emerging modern artists with its works and artifacts from diverse cultures of Africa, Asia and the Americas, despite displaying their collections in not quite optimal conditions. It was later revamped and renamed the Musée de l’Homme, still active to this day. Another venue that opened in 2006 in Paris that exhibits indigenous art from Africa, Oceania, Asia and the Americas is The Musée du quai Branly. Visit their websites and take a look.

Modern art brought changes to major established museums, adding special sections to their exhibition space in order to showcase modern works. In the 1930’s museums dedicated solely to this new expressions emerged in America and Europe, like the Museum of Modern Art in New York, a museum in constant expansion that presents major exhibitions of “classic” modern art and new emerging movements. If interested in learning more about the history and evolution of museums, take a look at this TED Lesson by J.V. Maranto.

The Spaniard Pablo Picasso, considered one of the most important artists of the 20th Century, and always in the lookout to break new ground in modern art, was a pioneer of the Cubism movement, along the French artist George Braque. Picasso was very active working in painting, drawing, sculpture, printmaking, ceramics and even stage designs. He was an incredibly prolific artist. There are three museums in the world dedicated to his art, two in his native Spain (Málaga and Barcelona) and one in Paris, made up solely with the works that his family paid as taxes to the French estate. Make sure to visit these links. The Museum of Modern Art in New York has in its collection Les Damoiselles d’Avignon, along many other works by him. If you visit this city, don’t miss the chance to see this important work, virtually the genesis of modern art.

Many artists followed the route established by Picasso. Take a look at works by the Italian Amedeo Modigliani and the Rumanian Constantin Brancusi, both residents of Paris, who were also influenced by masks and figures from sub-Saharan Africa. Some German expressionists artists were also exposed to African sculptures at museums in Berlin and Munich, and began to use African aesthetics and spirituality to produce works that combined post-Impressionist colors and techniques with abstract elements in stylized compositions.

Modern art generated an artistic chain reaction. Other artists followed different paths, like the Russian Wassily Kandinsky and the Swiss Paul Klee who were developing a new form of modern art called Abstract Art. They visited Tunisia in northern Africa and got inspired by Islamic culture to produce major works of art. Another TED Lesson by Eric Broug explores the complex geometry of designs in Islamic art.

The British sculptor Henry Moore looked at pre-Columbian cultures for inspiration, especially the unusual sculptures of the Maya-Toltec culture.

Pre-Columbian art was also of extreme importance to Josef Albers, a pioneer of 20th Century modernism. Albers, a former Bauhaus professor in Germany, migrated to America in 1933 with his wife Ani, also an artist. In the USA he continued teaching, writing and creating art in many forms. The couple visited Mexico many times between 1935 and 1967 and said: “In Mexico, art is everywhere,” and “Mexico is truly the promised land of abstract art.” The country that captivated them lead also to the genesis of a large body of work, including abstract compositions inspired by pre-Columbian pyramids. The light and colors of Mexico that seemed to communicate with each other in everyday life inspired Albers to write his pivotal theory “The Interaction of Color” and to create his famed series of paintings "Homage to the Square."
His geometrical abstract artworks and color theory showcased the intertwining of this cross-cultural pollination, leaving an imprint that influenced many artists and also the Minimalism movement. 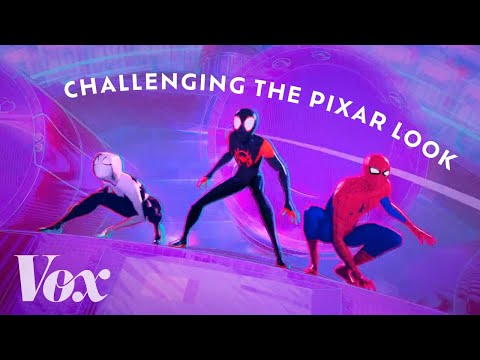