Can you survive the creation of the universe by solving this riddle? - James Tanton

It’s moments after the Big Bang and you’re still reeling. You’re a particle of matter, amidst a chaotic stew of forces, fusion, and annihilation. If you’re lucky and avoid being destroyed by antimatter, you’ll be the seed of a future galaxy. Can you ensure that you’re the last particle standing? James Tanton shows how.

Additional Resources for you to Explore
This puzzle was inspired by a lovely result called the “cycle lemma,” first described by Aryeh Dvoretzky and Theodore Motzkin in their 1947 paper, “A problem of arrangements.” (Duke Mathematical Journal, 14(20), pp: 305-313). You can also learn about the cycle lemma in this fun video.

Counting the number of algebraically valid sets of left and right parentheses leads to a famous sequence of numbers in mathematics called the Catalan Numbers: 1, 1, 2, 5, 14, 42, 132, 429, 1430, … . (Some people might also say that there is 1 way to arrange zero parentheses, namely, to leave the page blank!)

During the 18th- and 19th- centuries several mathematicians noticed the same sequence of numbers arising in different contexts. Belgian mathematician Eugene Catalan (1814-1894) counted the number of different ways to divide a regular polygon into triangles by drawing non-intersecting lines that connect corners of the polygon. (There are 2 ways to so divide a square, 5 ways to divide a pentagon, and 14 ways to divide a hexagon. Try it!) His name became attached to the sequence.

Connection to the Big Bang Puzzle

In the matter/antimatter particle puzzle of the animation, each place you could stand in the ring that leaves you as the last particle standing leads to a valid algebraic expression of left and right parentheses. How? Look to your right and read each matter particle as a left parenthesis and each antimatter particle as a right parenthesis. And conversely, any valid algebraically valid string of left and right parentheses can be bent into a ring of symbols for which, regarding each left parenthesis as a particle of matter, each right one as a particle of matter, and standing in the space between the original ends of the string, provides a safe spot to stand. This connection between the game of the animation and arrangements of parentheses in algebra class is lovely.

Here’s an example to show how you can play the Big Bang puzzle with parentheses.

You are a left parentheses ( and can insert yourself in any of the nine spaces around the eight symbols: at the leftmost position, at the rightmost position, or at any of the seven positions between two symbols.

When the game is played with the repeated blow of the whistle, you want to be the last symbol standing. Of the nine options, do you see that four of them are “safe” for you to stand?

Write down an arbitrary string of three left parentheses and three right parentheses, not worrying whether or not it is algebraically valid. For example, I’ll write

In my example, I can see there is a spot between two symbols that, if I were to switch the left and right parts of the string around that spot, the result would be an algebraically valid expression.

As another example, try fixing the following with a switch of two parts.

(Do you see that this question is really a “where is it safe to stand” issue again?) 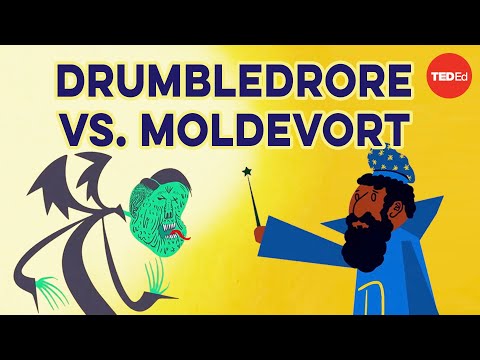 Can you steal the most powerful wand in the wizarding world? 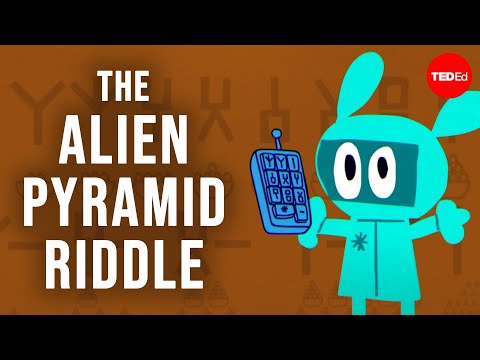 Can you solve the alien pyramid riddle? 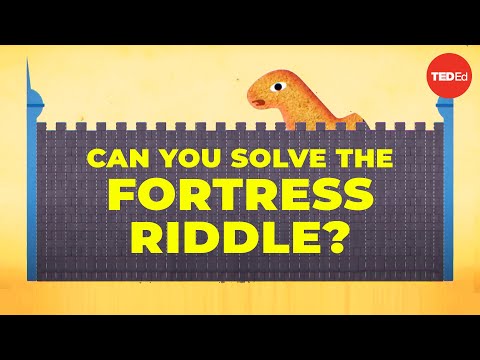 Can you solve the fortress riddle? 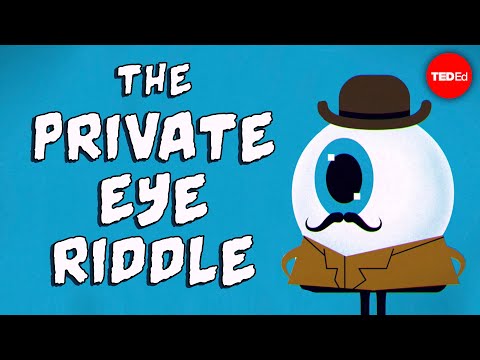 Can you solve the private eye riddle?