Can you guess what's wrong with these paintings? - Noah Charney

Prior to the mid-20th century, art restorers took a heavy-handed approach, often drastically altering paintings in the name of “improving” art. Today, they focus on keeping the original work intact with minimal intervention, and must regularly contend with past modifications. So, how is damaged artwork repaired? Noah Charney explains the painstaking process of restoring priceless artifacts.

Additional Resources for you to Explore
Learn more about this topic at www.noahcharney.com.

Let’s consider art conservation from a different perspective, that of The Ghent Altarpiece, which happens to be the most frequently stolen artwork in history. Here, we can consider it in terms of its recent conservation.

One of the world’s most important paintings was recently restored. These two images are taken from it, one of a panel prior to the restoration, and one after conservators had peeled away layers of dirt, varnish and overpaintings to turn back time and make it look as it did when it as freshly-completed, back in 1432. Which is which? And why does one of the images show a lamb with four ears, while the other has a freaky, humanoid face? The answers might surprise you.

This is a detail from Adoration of the Mystic Lamb, also called The Ghent Altarpiece. It was begun by Hubert van Eyck, but he died shortly afterwards, and it was completed by his brother, Jan van Eyck. This is arguably the most influential painting ever made. It was famous throughout Europe, a point of pilgrimage for artists, who learned from its groundbreaking use of oil paints and the detail that they permitted, painted with brushes as thick as only a single badger hair, and packed with eye-popping details, like light reflecting in a horse’s eye, individual pores on a man’s nose and dozens of botanically identifiable flowers. It was the first work to forecast realism and shows an A to Z of Catholicism, from the Annunciation on the exterior panels of this enormous triptych, to the symbol of a lamb bleeding into the Holy Grail in the central interior panel, representative of Christ’s sacrifice.

It is also the most stolen artwork in history. Anything bad that could happen to a painting has befallen this one. It was the target of vandals, nearly burned, dismembered, forged, painted over, smuggled, sold illegally and stolen, all or in part, six times. It was Hitler’s most-wanted painting and was narrowly saved from destruction in the Napoleonic wars, the First World War and the Second, when a pair of Monuments Men and some Austrian miners miraculously rescued it from a secret stolen art warehouse in the Alps.

Despite its 600 years of high adventure, this amazing altarpiece is 11/12ths intact. A single panel was stolen in 1934 and has never been found. The rest of it was recently restored over many years and went on display in February 2020 looking…well, very different from what anyone expected. The restoration revealed some surprising twists and additions that no one had seen for centuries.

Art restoration, or conservation as it is now called, is a scientific discipline—conservators must be brilliant scientists and skillful artists. Their job these days is to analyze artworks and keep them from deteriorating, due to damage from conditions like humidity, temperature change and exposure to light, which can make oil paintings fade. But in the past, restorers—as they used to be called—would also touch up paintings, sometimes to replace a damaged section, painting what they believed was once there, but sometimes they would “improve” paintings when the originals didn’t match the standards of their time. For instance, Bronzino’s Allegory of Love and Lust was a bit too sexy for the Victorian public, when it was acquired by the National Gallery in London. A restorer painted over some of the more titillating bits to make it morally acceptable for viewers—but no longer looking as the artist intended. These changes distort our understanding of the history of art and the time in which the art was created and are no good for scholarship.

These days, conservators do as little active intervention as possible, and try instead to mitigate deterioration and to study the materials of the painting, using some hi-tech gadgetry right out of a CSI episode.

When it came to restoring the Ghent Altarpiece, a team of conservators spent seven years painstakingly analyzing the work and cleaning it. They used special cameras with varying light spectra--infrared, ultraviolet, x-ray--to look beneath the surface of the painting and determine what was original, by the hand of Van Eyck and his studio back in 1426-1432, when the altarpiece was made, and what was added later. They could analyze the different chemical compositions of paints and technical elements, like brushstroke, to figure out what was original, and what was a later addition that they should remove. The work of conservators ranges from using the most advanced technology to slow, surprisingly simple work like rolling a moist cotton swab over the surface to remove grime.

In the process, they found that around 70% of the painting had been painted over, modified by some past restorer. That was a lot to undo, and the question was what the originally actually looked like since, for centuries, millions of visitors and art historians had been admiring the painting not as Van Eyck had intended it.

The result of the restoration solved some mysteries and opened up others. The painting now looks fresh and luminous, after spending sex centuries clogged with dirt and yellowing varnish, the colors breathe again and look as if they’d just been painted. There are many details that we can now see, and which art historians can study, that had been invisible before, including faces and entire buildings. Perhaps the biggest surprise was the mystery of why the Mystic Lamb had four ears. One pair were what’s called pentimenti, an underpainting that starts ghosting through on the surface when light has melted away the oil paint that was covering it. Those were Van Eyck’s original ears, while the other pair had been added by a restorer, likely in the 19th century, who thought that Van Eyck’s lamb was, well, a bit too weird looking. It is weird looking, far more human-like in a kind of creepy way. But that is part of the point—the Mystic Lamb is a symbol representing Christ, so as a stand-in for a human, it stands to reason that its face might look humanoid.

Thanks to conservators, not only can great masterpieces, like the Ghent Altarpiece, breathe again, free from dirt and no doubt well-meaning, but ultimately problematic past restorations. But sometimes long-buried secrets are revealed, and we can now enjoy and study this wonderful painting as it was made to be seen.

TED-Ed
Lesson Creator
New York, NY
If you were the director of an important art museum, what instructions would you give to your con...

Meet the microbes that could eat your trash 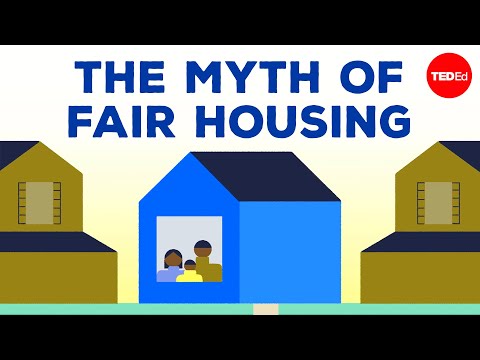