How did ancient civilizations move massive stones to build Stonehenge, the Pyramids and the Easter Island statues? In this quick, delightful talk, TED Fellow Brandon Clifford reveals some architectural secrets of the past and shows how we can use these ingenious techniques to build today.

Will there ever be a mile-high skyscraper?
In 1956, architect Frank Lloyd Wright proposed a mile-high skyscraper, a building five times as high as the Eiffel Tower. While this massive tower was never built, today bigger and bigger buildings are going up around the world. How did these impossible ideas turn into architectural opportunities? Stefan Al explains how these megastructures became fixtures of our city skylines.

What if cracks in concrete could fix themselves?
Concrete is the most widely used construction material in the world. It can be found in swathes of city pavements, bridges that span vast rivers and the tallest skyscrapers on earth. But it does have a weakness: it’s prone to catastrophic cracking that has immense financial and environmental impact. What if we could avoid that problem? Congrui Jin explores how to create a more resilient concrete.

Why do buildings fall in earthquakes?
Earthquakes have always been a terrifying phenomenon, and they’ve become more deadly as our cities have grown — with collapsing buildings posing one of the largest risks. But why do buildings collapse in an earthquake? And how can it be prevented? Vicki V. May explains the physics of why it is not the sturdiest buildings, but the smartest, that will remain standing.

What makes the Great Wall of China so extraordinary
The Great Wall of China is a 13,000-mile dragon of earth and stone that winds its way through the countryside of China. As it turns out, the wall’s history is almost as long and serpentine as its structure. Megan Campisi and Pen-Pen Chen detail the building and subsequent decay of this massive, impressive wall.

Did ancient Troy really exist?
When Homer’s Iliad was first written down in the eighth century BCE, the story of the Trojan war was already an old one. From existing oral tradition, audiences knew the tales of the long siege, the duels outside the city walls, and the trick that finally won the war. In the end, the city was burned to the ground, never to rise again. But had it ever existed? Einav Zamir Dembin investigates.

Why isn’t the Netherlands underwater?

How one scientist took on the chemical industry 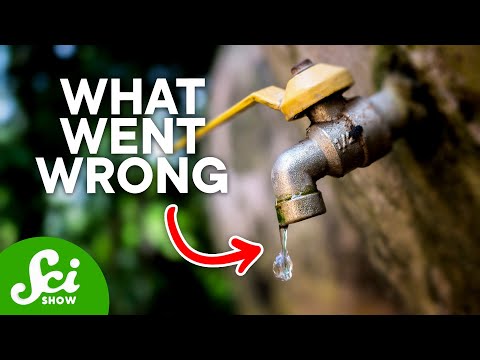