What if all the sea water became fresh water?

Where do you go to quench your thirst? The kitchen sink? The local bar? The mineral-rich springs of Bergamo, Italy? In the 21st century, you don’t have to go that far for fresh water. But still, supply is running out. What if we didn’t have to worry about water consumption? What If investigates.

Where did Earth’s water come from?
Water covers over 70% of the Earth, cycling from the oceans and rivers to the clouds and back again. It even makes up about 60% of our bodies. But in the rest of the solar system, liquid water is almost impossible to find. So how did our planet end up with so much of this substance? And where did it come from? Zachary Metz outlines the ancient origins of water on Earth.

Are we running out of clean water?
Despite water covering 71% of the planet’s surface, more than half the world’s population endures extreme water scarcity for at least one month a year. Current estimates predict that by 2040, up to 20 more countries could be experiencing water shortages. These statistics raise a startling question: is the Earth running out of clean water? Balsher Singh Sidhu takes a closer look at water consumption.

How big is the ocean?
While the Earth’s oceans are known as five separate entities, there is really only one ocean. So, how big is it? As of 2013, it takes up 71% of the Earth, houses 99% of the biosphere, and contains some of Earth’s grandest geological features. Scott Gass reminds us of the influence humans have on the ocean and the influence it has on us.

When is water safe to drink?
Water is refreshing, hydrating, and invaluable to your survival. But clean water remains a precious and often scarce commodity – there are nearly 800 million people who still don’t have regular access to it. Why is that? And how can you tell whether the water you have access to — whether from a tap or otherwise — is drinkable? Mia Nacamulli examines water contamination and treatment.

How do ocean currents work?
In 1992, a cargo ship carrying bath toys got caught in a storm. Shipping containers washed overboard, and the waves swept 28,000 rubber ducks and other toys into the North Pacific. But they didn’t stick together -- the ducks have since washed up all over the world. How did this happen? Jennifer Verduin dives into the science of ocean currents.

Where we get our fresh water
Fresh water accounts for only 2.5% of Earth's water, yet it is vital for human civilization. What are our sources of fresh water? In the first of a two part series on fresh water, Christiana Z. Peppard breaks the numbers down and discusses who is using it and to what ends.

Why the Arctic is climate change’s canary in the coal mine
The Arctic may seem like a frozen and desolate environment where nothing ever changes. But the climate of this unique and remote region can be both an early indicator of the climate of the rest of the Earth and a driver for weather patterns across the globe. William Chapman explains why scientists often describe the Arctic as the “canary in the coal mine” when it comes to climate change.
Next Section »

Lauren McAlpine
Lesson Creator
Who is the most vulnerable to water scarcity? What actions can governments take to help?

52 Responses
View discussion
upvote+2
How can we more responsibly use water in our daily lives to lessen our global impact? What can co...

More from Actions and Reactions

Make your own secret ink!

5 life hacks based on science 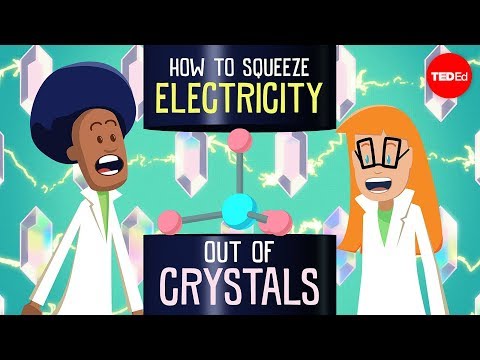 How to squeeze electricity out of crystals