What rights do people have, and where do they come from? Who gets to make decisions for others, and on what authority? And how can we organize society to meet people’s needs? Tom Mullaney shows how these questions challenged an entire nation during the upheaval of the French Revolution.

Additional Resources for you to Explore
We view these events at a distance of more than two hundred years. But one contemporary observer was Thomas Jefferson, author of the Declaration of Independence and future US president. Jefferson served as the US minister to France in the 1780s. Read what Jefferson thought about King Louis XVI. How does it compare what you learned about King Louis in the video?

The Third Estate’s decision to break from the Estates-General was an enormously significant event on the path to revolution. Look at how it was depicted in art at the time. Art played a large role in the revolution. View the paintings of Jacques-Louis David who documented revolutionary events.

The revolution culminated with the rise of Napoleon. Consider arguments for and against Napoleon’s actions in this TED-Ed lesson.

The French Revolution continues to be a powerful moment in human history. Read this article that uses the revolution to describe the Republican party’s 2016 presidential primary. The author compares candidates to Robespierre and Napoléon. Do these revolutionary leaders help us understand modern politicians?

Lastly, Nick Hanauer argues we are living in a time where “the pitchforks are coming.” How does the inequality Hanauer describes compare to inequality in pre-revolutionary France?

How one design flaw almost toppled a skyscraper 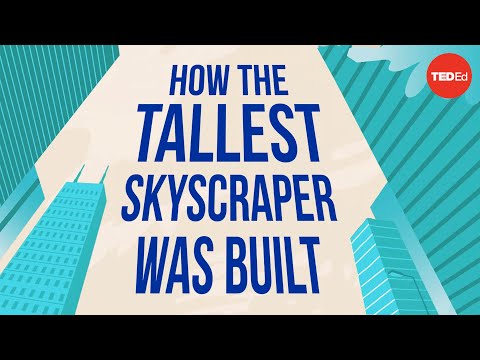 How the world’s tallest skyscraper was built

Who were Las Mariposas, and why were they murdered?