As we walk through our daily environments, we’re surrounded by exotic creatures that are too small to see with the naked eye. We usually imagine these microscopic organisms, or microbes, as asocial cells that float around by themselves. But, in reality, microbes gather by the millions to form vast communities. Scott Chimileski and Roberto Kolter describes how and why microbes create biofilms.

Additional Resources for you to Explore
Humans evolved on a planet that had already been inhabited by bacteria, archaea and other microbes for billions of years. These microbes are all around us and on our own bodies, but are too small to see with the naked eye. It was not until just a few hundred years ago that we knew this, when a man from the Netherlands named Antonie van Leeuwenhoek became the first person to see a living microbe. Antonie was a clothing merchant who began making homemade microscopes in his forties, using them to look at samples collected from a variety of natural sites in his home city of Delft. For the rest of his life, he marveled at the diversity and behaviors of the microbial species that he found.

But as the study of microbes moved into the modern era in the late 1800's, early microbiologists came to rely on separating individual species and began to study them as pure cultures. This remains important for learning much of the basic biology of microbes and for finding out which microbes cause sicknesses. However, as helpful as this approach is it can also be misleading. This is because in nature, there is virtually no such thing as an isolated culture. Rather in nature, microbes live alongside many other species within structured communities called biofilms.

The shift to thinking about microbes in the context of communities began in the late 1970's and 80's. Early studies of natural environments like rivers found that almost all microbes were attached to surfaces and embedded in a slimy material (although the beginnings of biofilm biology date back in the 1930’s). The study of bacterial communities really gained momentum in the 1990's. Microscopes and molecular techniques became more advanced, allowing scientists to begin dissecting exactly what biofilms are made of and how they develop.

Fast forward to today, and biofilms are a central concept of microbial ecology. We have identified many of the genetic pathways that produce extracellular matrix as well as many of the chemicals that microbes use to communicate, which often control how and when biofilms form. We can examine cells as they interact inside of biofilms, both cooperatively and competitively. Studying microbial communities can even help us to understand how multicellular organisms and social behaviors evolve.

The best part, perhaps, is we have only begun to explore microbial communities. Only a small fraction of microbial species on Earth have been discovered. And many of the microbes yet to be studied are difficult to grow in the laboratory, presenting both experimental challenges and unique opportunities to uncover new biology among this hidden world of microbes.

Find this topic fascinating? Take a look at these additional resources. The website of the Center for Biofilm Engineering at Montana State University holds one of the most comprehensive collections of articles on basic and advanced aspects of biofilm biology.

You can also read about how bacteria can differentiate into functional cell types and cooperate through a form of division of labor within colony biofilms and when migrating across a surface.

Watch a video describing the Type VI secretion system in bacteria. This mechanism acts like a molecular spear that can kill competing cells within mixed-species communities. Or read this short review commentary on the “art of bacterial war.” Check out more on the educator’s site: Scott Chimileski.

What’s in the air you breathe?

The Most Radioactive Places on Earth 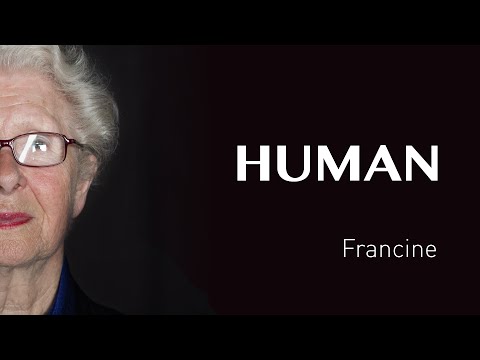