Have you ever come across an oddly stretched image on the sidewalk, only to find that it looks remarkably realistic if you stand in exactly the right spot? These sidewalk illusions employ a technique called anamorphosis — a special case of perspective art where artists represent 3D views on 2D surfaces. So how is it done? Fumiko Futamura traces the history and mathematics of perspective.

Additional Resources for you to Explore
Throughout history, artists have had many tools at their disposal to help them create perspective drawings and anamorphic drawings. The artist Albrecht Dürer documented a few of these techniques in the late 15th and early 16th century, including the use of grids on a window and the use of strings to trace the linear path of a light ray bouncing off an object into the eye. 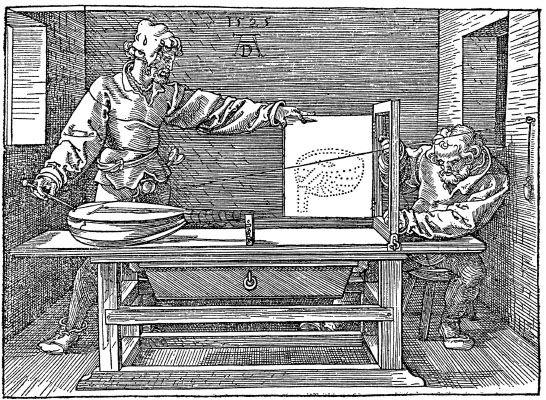 Artists now also have projectors and computer software to make their work easier. Learn about this process here. However, there are times when these tools are impractical, insufficient, or unavailable to the artist to produce the work. This is when having a good knowledge of mathematics comes to the rescue. The useful math here comes in two flavors, geometric and algebraic.

The geometry focuses on the relationships between points, lines and planes. If we think of the perspective drawing as a window to the outside world, parallel lines out in the world leading away from the window will have images on the window that converge to a common point. This very useful geometric fact can be easily used to draw tiled floors, draw windows along the side of a building and determine how much smaller a person should be drawn when drawn in the background versus the foreground. This creates a great sense of depth, which is why you see so many Renaissance paintings with tiled floors. Without mathematics and this understanding, we have paintings that look flat and distorted, like these examples of early attempts at perspective before there was a mathematical understanding. 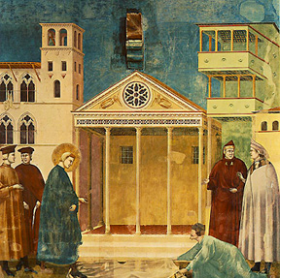 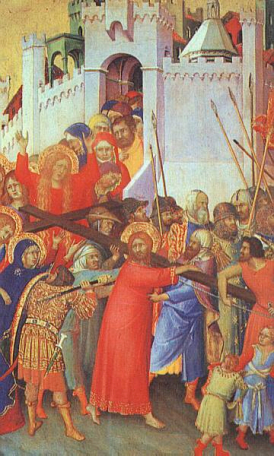 We can also geometrically determine where to stand in front of a perspective drawing to view it correctly. A very homemade video by Futamura explaining how can be found here.

Algebra is useful in drawing in perspective on a computer, or in doing complex calculations. For example, one of Futamura’s art students in a math and art class at Southwestern University, Anne Brown, created this anamorphism of the university president, mathematician Ed Burger. To determine how large each square should be as well as its placement so that it perfectly aligns when viewed from the correct perspective, she used algebra, which proved much easier than trying to estimate it without the use of mathematics. 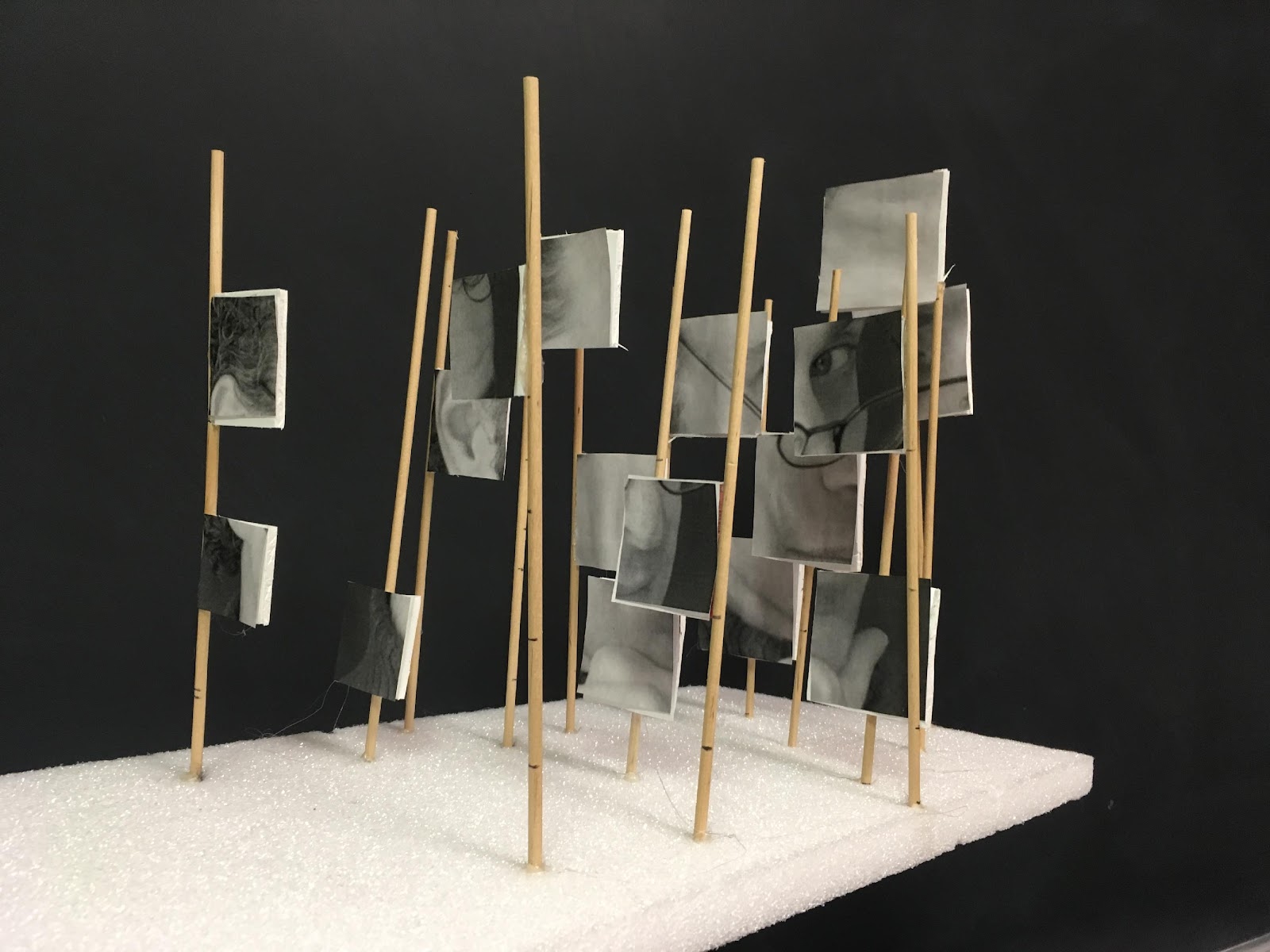 A simple worksheet on this can be found here.

Looking for more math and art projects by Futamura’s students? Visit this link and look around to see some examples!

Artists often use a grid to transfer drawings from one surface to another, as demonstrated here in Durer’s print:

Just as a tiled floor looks distorted when seen in perspective, a square grid drawn on a window projected onto the ground will also look distorted in a similar way. If we want to produce this grid on the ground using mathematics rather than a projector, you’ll need a little trigonometry but the explanation and formulas are here.

More resources and publications on mathematics and perspective drawing can be found on Futamura’s website, which includes a paper written with undergraduate student Robert Lehr on where to stand in front of a two-point perspective drawing to view it correctly, called A New Perspective on Finding the Viewpoint.

For those wanting a textbook with art instructions and mathematics explanations, there is Marc Frantz and Annalisa Crannell’s Viewpoints: Mathematical Perspective and Fractal Geometry in Art. It covers both the geometric and algebraic ways of creating perspective drawings and also has a chapter on anamorphisms.

A fascinating account of the mathematics of perspective is found in Kirsti Andersen’s book, The Geometry of an Art: The History of the Mathematical Theory of Perspective from Alberti to Monge. The Brothers Quay also made a claymation film about anamorphosis and its history.

In 2008, there was also a thriller starring Willem Dafoe about a serial killer who turns his victims into anamorphic art. Rated R, intended for mature audiences. You can watch the trailer here.

In 2014, the band OK Go released a music video of their song, "The Writing's On the Wall", which featured a number of anamorphic illusions. You can watch the video here.

The simplest math problem no one can solve

The paradox at the heart of mathematics: Gödel's Incompleteness Theorem

Can you cheat death by solving this riddle?

Can you solve the Trojan War riddle?