Love picking up new skills that can enrich your daily life? If so, TED Courses is for you — it was created with all you forever learners and self-improvers in mind and taught by some of your favorite TED speakers. Neuroscientist and bestselling author Lisa Genova is the instructor for a course called “How to boost your brain + memory.” Go here to find out about it, and also read her advice below on common types of forgetting.

To be human is to forget things. But you’ve probably wondered: “When is forgetting normal, and when is it not?”

1. Forgetting where you parked

Not remembering where you parked because you didn’t pay attention is normal and different than what happens with Alzheimer’s.

If you have Alzheimer’s, let’s say you park in a mall garage and shop for an hour. When you return to the parking garage, you’re not wondering if you parked on level three or level four, you’re thinking, “I don’t remember how I got here.” Or you’re standing in front of your car, but you don’t recognize it as yours.

Having a word stuck on the tip of your tongue — that oh-what’s-their-name phenomenon called blocking — is normal and does not mean you have Alzheimer’s.

This is one of the most common experiences of memory retrieval failure. You’re trying to come up with a word and most often a proper noun, such as a person’s name or a movie title. You know you know this word, but you cannot retrieve it on demand.

Yet with that said, failure to retrieve words can also be an early sign of Alzheimer’s. So how can you know whether it’s an ordinary tip-of-the-tongue moment or a symptom of dementia? If it’s Alzheimer’s, you’re blocking on dozens of words a day. And instead of blanking primarily on proper nouns, people with Alzheimer’s will regularly forget common nouns such as pen, spoon, bicycle.

3. Forgetting where you put your keys or other objects

Losing track of where you left your keys is normal, and it’s probably just a result of your not paying attention to them.

But losing your keys and finding them in a place that keys shouldn’t be (like the refrigerator or microwave), or finding them and wondering who they belong to or what they’re used for is not normal. These could be symptoms of Alzheimer’s.

4. Forgetting how to do an activity like making coffee

This one has to do with your muscle memory, which is remarkably stable over time — we tend to remember how to do what we’ve learned to do, especially when it’s an activity we perform routinely.

However, forgetting doesn’t always have to be due to Alzheimer’s. It could be due to mild cognitive impairment (which doesn’t necessarily progress to Alzheimer’s), a B-12 deficiency or not enough sleep, to name a few causes. Just as you do with your heart health or reproductive health, I encourage you to be in conversation with your doctor about your memory and realize you have a lot of agency over your brain health.

Interested in finding out more about how your memory works (and when it doesn’t)? Sign up now for Lisa Genova’s on brain and memory. And while you’re at it, check out our other TED Courses from some of your most loved speakers and learn more skills to boost your life. Among them: Podcast host Manoush Zomorodi offers insights in “how to reimagine your career”; writers Charlie Jane Anders and Wanuri Kahiu teach “how to nurture your imagination”; and educator and author Julie Lythcott-Haims tells you “how to become your best adult self.”

Lisa Genova is the New York Times bestselling author of the novels Still Alice, Left Neglected, Love Anthony, Inside the O’Briens and Every Note Played. Still Alice was adapted into an Oscar-winning film starring Julianne Moore, Alec Baldwin and Kristen Stewart. She graduated valedictorian from Bates College with a degree in biopsychology and holds a PhD in neuroscience from Harvard University. Genova travels worldwide speaking about the neurological diseases that she writes about and has appeared on The Dr. Oz Show, Today, PBS NewsHour, CNN and NPR. Her TED Talk — called “What You Can Do to Prevent Alzheimer’s” — has been viewed more than five million times to date. Her newest book is a New York Times bestseller and her first work of nonfiction.

This piece was adapted for TED-Ed from this Ideas article.

Ori Toor Have you ever woken up in the morning — or even in the middle of the night — only to... 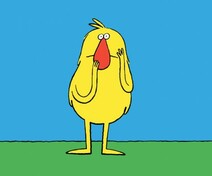 Humans are made to be touched — so what happens when we aren’t?

Nadine Redlich Our bodies are designed to respond to touch, and not just to sense the environment... 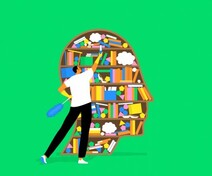 How to declutter your mind

Alice Mollon If your brain is a heaving mess of work and life to-dos, find some focus with these...

Here’s a question to consider: What if there’s nothing wrong with you?

Jordan Awan While asking this question won’t change your life, it can help pause your inner...