Even though cities have been centers of culture, ideas and industry since the Neolithic Revolution 12,000 years ago (!), today’s urban-centric global civilization is just a couple of hundred years old.

In 1800, six percent of humans were city dwellers; even in 1970, only New York City and Tokyo qualified as “megacities” that were home to more than 10 million residents.

Fast-forward to today: The planet supports some 34 megacities, and cities themselves — occupying just two percent of the Earth’s surface — house more than half of the global population. What’s more, urban residency is expected to rise to 68 percent in the next 30 years.

Of course, the migration towards cities means dense populations and concentrated CO2 emissions from traffic and transportation. For example, in the US, traffic is the single largest source of greenhouse gas emissions, and globally, transportation remains a top contributor in urban centers.

But there’s good news: Through intelligent urban planning, cities around the globe are working to improve the quality of life for residents while also tackling carbon emissions. How? According to C40, a global network of cities committed to addressing climate change, it starts with prioritizing “the movement of people rather than cars.”

For example, so-called “15-minute cities” and “complete neighborhoods” are two urban design strategies that operate on the same basic principle: They enable the majority of residents to access all their basic needs by foot or bike. This reduces gridlock and commute times, frees up space for walking paths and parks, and improves air quality — all factors that boost people’s wellbeing and physical health. (The COVID-19 pandemic lockdowns gave us a glimpse of what urban life could look like with less traffic.)

While cities like New York City, Paris and Copenhagen are already renowned for their people-friendly layouts, these eight cities are taking noteworthy strides to create a more sustainable way for residents to move around:

Bogotá, Colombia, is decreasing their emissions through two main ways: Bussing and biking. TransMilenio — an impressive network of rapid-transit bus routes — opened in 2000. Within 10 years, it reduced the city’s greenhouse gas emissions by an estimated 40 percent, and today its 1,500 buses make around 1.5 million passenger journeys each day. The city is also renowned for its ciclovia — the regular conversion of roads into car-free biking thoroughfares on Sunday mornings — and boasts the highest rate of intercity trips made by bicycle among all Latin American cities.

Still, transportation continues to account for nearly half of Bogotá’s greenhouse gas emissions. To further encourage biking as a form of transport, Mayor Claudia López Hernández plans to permanently convert 84 kilometers (52 miles) of newly established road sections into bike lanes to help essential workers travel around the city more quickly. Currently, these temporary paths connect directly to the city’s existing 550 kilometers (340 miles) of lanes. This bigger  network of bike paths and lanes should help the city in raising its already-impressive seven percent of trips taken by bike to reach its ambitious goal of 50 percent. To put that into perspective, the average number of trips by bike in the US is around one percent.

The Greater Montreal area already boasts some 3,000 kilometers (1,864 miles) of permanent bike lanes and paths. In an effort to open up the city after months of COVID-19 lockdown, officials closed a handful of major city streets in June 2020 to cars and other motorized traffic through fall 2020. Spanning 327 kilometers (203 miles), this transportation plan was intended to encourage residents to travel actively by connecting bicyclists to city parks, major commercial arteries and existing bike paths (like the Express Bike Network). Many hope that these pandemic-inspired road changes will lead to the establishment of  permanent bike routes going forward.

To further reduce emissions and congestion in the city’s commercial center, the city has invested in bicycle and electric vehicle delivery services as well as new green spaces. For example, the Grand Parc de l’Ouest, slated to open in 2030, will be the largest municipal park in Canada at 3,000 hectares (7,413 acres).

With some of the highest traffic density in Europe, Barcelona has faced increasing pressure to curb air pollution and emissions. In 2013, it created an urban mobility plan to improve bus routes and expand biking and walking paths. In recent years, it established the Barcelona Low Emission Zone, which prohibits high-emissions vehicles from entering certain areas of the city during busy times.

But their revolutionary urban design concept — the Superblock — is one of the city’s most innovative projects. Each Superblock is an area composed of  nine city blocks in which traffic has been rerouted to go around the perimeter, speed limits are kept low (10km/h, or 6mph), and curbside parking is moved into underground lots. These Superblocks encourage cycling while creating pedestrian-friendly thoroughfares and wide swaths of green space. Though the city and nearby metro regions have only created a handful of Superblocks — six as of January 2020 –these areas have been wildly successful in reducing noise pollution, emissions and traffic, while boosting economic activity among local businesses. Barcelona has plans to establish 21 Superblock regions by 2030.

Taipei is known as “the bicycle kingdom” — not only is it home to top bike manufacturers like Giant and Merida, it’s also for its own cycling- and people-first infrastructure. In 2019, it became the second Asian city to make the Copenhagenize Index — an annual list of the world’s 20 most bikeable cities compiled by an international biking-focused urban design company. (Tokyo has been a mainstay on the list since 2011.)

With its Low Carbon Auckland Action Plan in 2014 — which laid out a path to reduce emissions to 40 percent of 1990 levels by 2040 through greening infrastructure and changing the way that residents travel and consume energy — Auckland declared its ambition to become the world’s most livable city, and it continues to adapt to emerging challenges. For example, when public transportation ridership increased 33 percent between 2010 and 2015, the Auckland Council invested billions of dollars to make the system more efficient and climate-resilient. It’s now on target to have a fully electric, zero-emissions public transit bus fleet by 2040.

Despite the city’s wildly successful carbon sequestration project, the Million Trees Program — which has already planted more than a million trees and will add  1.5 million more through 2022 to offset some of its emissions — Auckland hasn’t always been able to keep up with the pollution generated by its growing population. Between 2009 and 2016, it grew from a city of around 1.2 million to over 1.6 million residents, and emissions actually increased five percent. But that hasn’t stopped the city from aiming to be net zero by 2050.

Added to the UNESCO World Heritage List in 1999, this historic city developed the “Hoi An Bicycle Plan” to increase the use of bicycles among  residents and tourists. To date, the city has improved biking routes and infrastructure, launched a public-private partnership to implement a low-cost bike-share program, and established car-free zones in an effort to encourage walking and bicycling.

In 2018, the city was awarded the Global Urban Mobility Challenge Award in Leipzig, Germany, which awards and assists bright ideas in sustainable urban mobility in emergent nations. Since then, the city has continued to make progress by banning vehicles from parts of the city center to create pedestrian-only streets and adding some 120 electric vehicles to its tourist transportation system.

The sprawling city of Tshwane is working to improve urban living and accessibility for all of its residents. While walking is already a popular form of transit that makes up 29 percent of all trips, the city launched several initiatives to incentivize cycling.

These include car-free streets, cycle-to-work festivals and a pilot bike-share project with standard and electric bikes. The city also runs the Shova Kalula bicycle program, which provides free bicycles to people living in underprivileged areas outside of the city to improve accessibility and foster a biking culture.

Portland was the first US city to create a Climate Action Plan in 1993, and it’s been outpacing US climate targets ever since by cutting its carbon emissions as much as 20 percent despite a population increase of nearly 40 percent. The city’s 2015 Climate Action Plan Summary laid out plans to reduce daily per-capita vehicle miles by 30 percent through smarter urban planning and complete neighborhoods.

According to a 2020 progress report, Portland decreased its per-capita vehicle mileage by 3.9 percent in 2018 and saw an increase in electric vehicle use. The city aims to increase the percentage of its residents living in walkable and bikeable complete neighborhoods to 80 percent by 2030.

Meghan Miner Murray is a freelance science and travel writer based in Kona, Hawaii. She once was rescued from a sinking ship in the North Atlantic. Read more about her and her work at meghanminermurray.com. 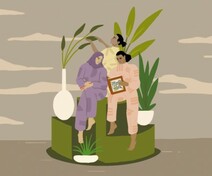 It’s that simple. Making sure that girls around the world can go to school helps them and their... 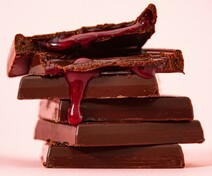 The steep price we pay for cheap chocolate

Thousands of years ago, the Maya people of Central America believed that chocolate was the food... 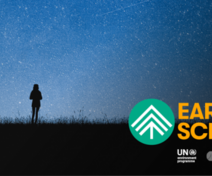 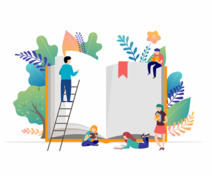