Human beings and computers alike share the challenge of how to get as much done as possible in a limited time. Over the last fifty or so years, computer scientists have learned a lot of good strategies for managing time effectively — and they have a lot of experience with what can go wrong. Brian Christian shares how we can use some of these insights to help make the most of our own lives.

Additional Resources for you to Explore
For a technical breakdown of the bug ("priority inversion") that caused problems with the Mars Pathfinder in 1997, see a detailed email written at the time by Pathfinder software team leader Glenn Reeves. Reeves was responding to an earlier writeup by Microsoft's Mike Jones – who was himself summarizing a talk given by David Wilner, Chief Technical Officer of Wind River Systems, about both the problem the team encountered and the fix ("priority inheritance") they implemented to solve it.

The concept of "quadratic time" is part of the broader study of time complexity in computer science. Quadratic time is often written using "Big-O notation" as "O(n2)," indicating that the algorithm's worst-case time performance grows proportionally to the square of the size of the input. (In the inbox example, the "input" is the number of emails in the inbox.)

The Linux kernel scheduling algorithm described in the lesson is the "O(1) Scheduler" that was introduced in Linux 2.6, replacing the earlier "O(n) Scheduler." The names of these algorithms also make use of Big-O notation: O(n) is also known as "linear time" and O(1) is also known as "constant time." The O(1) Scheduler has since been replaced by the (arguably even simpler) "Completely Fair Scheduler," a part of Linux 2.6.23, which was released in 2007.

There is a great deal of psychology and cognitive science research on the costs of interruptions and context switches in human life and human job performance. See, for instance, Stephen Monsell, "Task Switching."

Many of the ideas in this lesson are discussed at greater length, alongside other algorithmic strategies for time management, in the book Algorithms to Live By by Brian Christian and Tom Griffiths.

TED-Ed
Lesson Creator
New York, NY
Time management is a problem all people—and all computers—face. What is your biggest challenge in...
120 Responses
View discussion
upvote+34 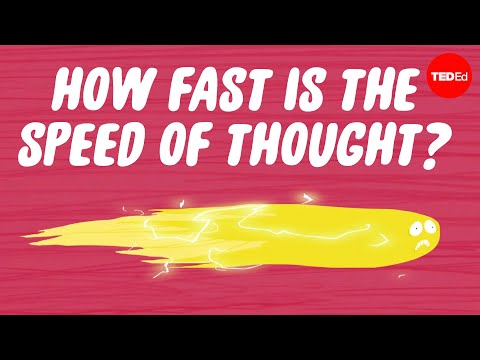 How fast is the speed of thought?

How to fix a broken heart - Guy Winch